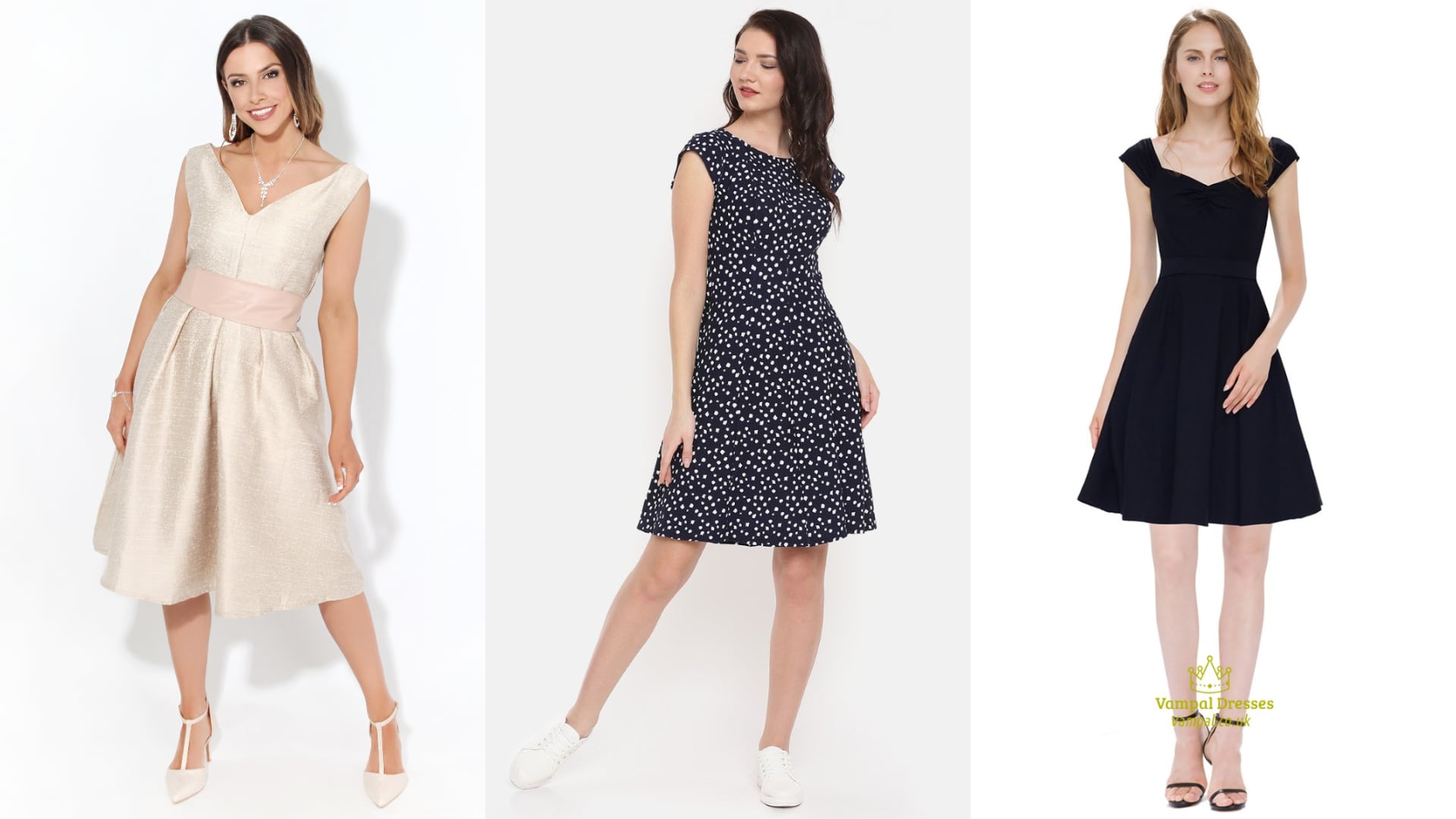 A Quick Guide about A-line dresses: The Holy Grail of every body shape (Updated 2021)

A-line refers to the shape of a skirt similar to the capital “A” hence the name. At first it was only associated with skirts but has gradually been used to refer to dresses and coats as well. The term was first used by well-known French couturier Christian Dior in his Spring 1955 collection.

The most featured item in this collection — a fingertip-length flared gray wool jacket layered over a dress with a full pleated skirt — was dubbed as the “most wanted silhouette in Paris”.

According to The Met Museum, this particular item started the essential A-line of the 1960s. It was defined as “the transfiguration of the man’s suit as an expression of the feminine.” Moreover, it defined change for the Dior style.

“More importantly, this suit, long anticipated by Dior’s interest in tailoring and in menswear fabrics, is poised on the edge of his move away from the New Look’s historicism toward a simpler, increasingly reductive, architectonic geometry.”

While Dior gave us the classic A-line defined by a fitted natural waist and gradually widened towards the hem or visually speaking, a triangular shape skirt that slightly fans out, the silhouette was redefined and popularized by his successor, Yves Saint Laurent.

Yves Saint Laurent who died in 2008 was known as the youngest couturier at 21. In his Spring 1958 collection, YSL shied away from Dior’s signature cinched waist and created a more fluid silhouette “under which the body disappeared”. He gave a less fabric and lighter approach to the classic A-line and named it the “Trapeze”. This was the first time that the wardrobe of modern women was transformed.

Trapeze is a variation of the classic A-line by shifting the fitting upward to the shoulder and flairs over the form which creates an easy, breezy feel.

Why does A-line dress fit everybody?

The A-line dress is considered the holy grail of all silhouettes which fit perfectly for any body shape.

This is because it’s a very flattering shape which first draws eyes to the waist for pear-shaped and heart-shaped bodies while simultaneously de-emphasizing the hips. Even without curves, A-lines are also very compatible with boxy types as it adds the appearance of curves. Also, it gives a very slim and streamlined look.

Another for the long, lean, and boxy shapes, a trapeze dress would also be very flattering. You don’t have to worry about drowning in all the fabric and shapelessness as the dress will hang and flow beautifully.

A-lines are also perfect for inverted triangle shapes as it’s very ideal for “balancing out broad shoulders while still creating a bit of shape”.

How to style A-line dresses?

Here are some very useful tips to maximize the beauty of A-line dresses.

A-line dresses are also very popular and classic silhouettes for bridal gowns as well as for the whole bridal ensemble. One of the many advantages of an A-line wedding dress is that it can be designed from a multitude of fabrics and there is also a wide variety of neckline styles that go perfectly with it.

First on our list is Lara Jean of Netflix’s To All The Boys I’ve Loved Before played by Lana Condor. Lana was seen sporting Kate Spade’s floral print strapless A-line dress paired with some hot pink pumps during the 2019 InStyle Awards in Getty Museum, Los Angeles, California.

Next is the Duchess of Cambridge, GCVO, Kate Middleton. Kate is the wife of Prince William, Duke of Cambridge who is expected to inherit the throne making Kate a likely future queen consort. The Duchess who is known for sustainable fashion style has been seen wearing outfits and dresses more than once. She is also known for showing serious brand loyalty and one of her most favorite designers is fellow Brit fashion designer, Jenny Packham.

In the photo above, she was sighted wearing Jenny Packham’s chiffon navy blue A-line dress for a reception in New York City in December 2014 with Prince William. She has also worn this dress on several different occasions.

Also as mentioned before, A-lines are classic silhouettes for wedding dresses.

On that list, we first have Priyanka Chopra. If you’re not aware, Priyanka and her now-husband Nick Jonas had two weddings. For their ceremony in the US, Priyanka wore a long-sleeve fitted A-line wedding dress by Ralph Lauren. And this is not just a simple white wedding gown as it contains “more than 2 million sequins and finished with a showstopping 75-foot veil”.

Next is supermodel and Victoria Secret’s Angel Miranda Kerr who wore a Grace Kelly-inspired gown created by Maria Grazia Chiuri of Dior Haute Couture when she married Snapchat founder and CEO Evan Spiegel.

When it comes to wedding dresses, actress Grace Kelly’s gown remains to be the most iconic in history even after seven decades (She married Prince Rainier III on April 19, 1956.)! As you might imagine, Kerr also looked stunning in her classic and conservative A-line gown fitted with long sleeves and floral applique.

Last but definitely not the least is Angelina Jolie who wore a gorgeous ivory silk gown designed by Luigi Massi of Versace. Her dress featured the many illustrations of her children which was “a unique homage to her family”. Jolie has been known to have a simple taste and she has always liked simple yet sleek silhouettes which led to the creation of a ruched bodice with a full A-line skirt for her gown.

In an interview with People, Jolie revealed a bit about her dress and why she chose Luigi Massi. She said, “Luigi is like family to me and I couldn’t imagine anyone else making this dress. He knows and cares for the children and it was great fun putting it together.”

Angelina Jolie wore this wedding dress when she tied the knot with Brad Pitt at Chateau Miraval in France after dating for a decade. The two met on the set of Mr. And Mrs. Smith and after adopting several children, they decided to marry in front of an intimate crowd consisting of only 22 of the couple’s closest friends and family. 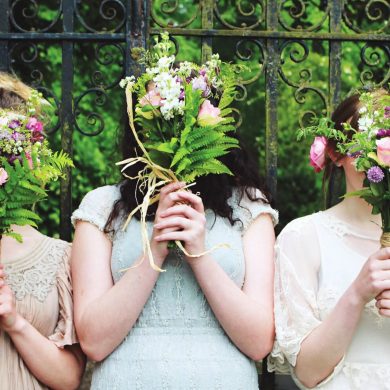 How to Pick your Bridesmaid Dresses in 5 Easy Ways
We use cookies to ensure that we give you the best experience on our website. If you continue to use this site we will assume that you are happy with it.OkNoPrivacy policy