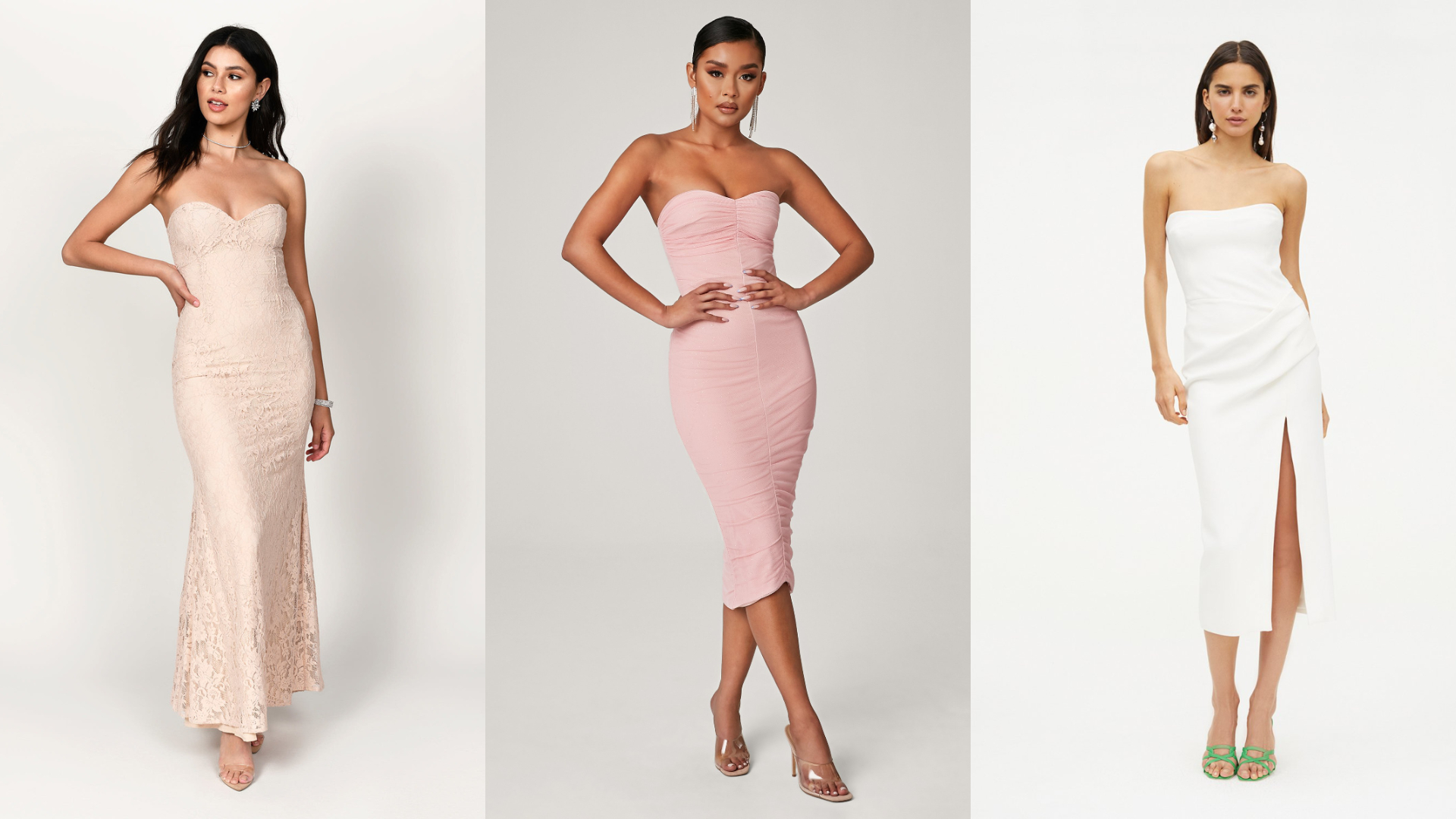 “The next day Mother and I went shopping. Do you know what the styles were in the 50s when I was 16? Strapless evening gowns. And President David O. McKay taught modesty just as President Ezra Taft Benson does today. Some things never change. Styles do, but the need to be modest never does,” Joy Saunders Lundberg, a member of The Church of Jesus Christ of Latter Day Saints, said in an account of her Junior Prom.

The conception of the strapless dress had always bore judgment in the social context of modesty to an extent of characterizing it as an “abomination in the sight of the Lord”. It has also been very problematic in school and workplace situations as it violates the “dress code”. In 2012, an Adecco (world’s second largest Human Resources provider) survey was published in The Wall Street Journal which showed that 72% of Americans thought strapless tops were inappropriate office wear.

The main characteristic of the strapless dress which earned its early moniker as “immodest” is that there are no straps or sleeves to support and hold the dress tightly in place. It is usually just supported by an internal corset and/or brassiere which helps prevent it from slipping off. Basically speaking, the whole shoulder-collarbone area extending to the lengths of the arms is totally exposed and evokes oozing with elegance and sophistication.

The origin of this dress style was first attributed in the liberal flesh-displaying decade of the 1960s and alternatively in the 1937-38 according to a July 1938 issue of Life magazine. But fashion historian Richard Martin and American fashion scholar Harold Koda, the modern strapless dress first surfaced in the 1930s with the iconic photograph of actress Libby Holman who has also been once credited as the inventor of the dress and considered as one of its first high-profile wearers.

In 1934, the dress started to gain popularity when Mainbocher produced his first strapless gown in a black satin design inspired by John Singer Sargent’s 1884 portrait of Madame X (Madame Pierre Gautreau) according to Karl Lagerfeld. Mainbocher whose name does not commonly pop off in the common history of fashion was considered a tastemaker of the twentieth century and his cinched waist silhouette predated the widely-celebrated and revolutionary “New Look” collection of Christian Dior.

The reason why his name did not continue after his death was because his name was not licensed to any dress because these were all exclusively made-to-order. Alongside Holman and Mainbocher, heiress Brenda Frazier was also credited with popularizing the style with her strapless debutante dress featured on the November 1938 issue of Life.

The 1940s was marked by the “New Look” collection (1947) by Christian Dior wherein he embraced both the masculine edge popular during this period and the femininity reminiscent of 1930s fashion. Aside from Dior’s collection, the most popular dress during this period was the 1946 black satin gown worn by Rita Hayworth for a song and dance routine in Gilda designed by Jean Louis. This specific performance has shown that “strapless dresses could be secure enough to move around and dance in without risk of indecent exposure.” Although it was still met with objections by conservatives such as the Catholic campaigners in the United States as well as the United States Army with its “perceived immodesty”.

Notable strapless dress designers during the 1950s included Madame Gres whose designs centered on the flowing Grecian style mounted upon Alice Cadolle’s custom-designed interior corsets. In the 1970s, American fashion designer Roy Halston rose to international fame with his minimalist designs and one of which was an unstructured strapless dress. By the 1980s, strapless dresses were designed in stretchy elastic fabrics which provided the interior structure support.

Today, the strapless dresses also incorporate other dress styles such as fitted bodices like the A-line and sheath, flowing skirts in maxi and midi, and even asymmetrical. International fashion designers like Alexander McQueen and Stella McCartney have also included strapless in their collections.

Since strapless dresses today have incorporated different dress types, there’s definitely one strapless dress for every girl out there no matter what your body shape is.

First, here is a quick chart of body shapes you can check.

It’s important to know your body shape so that you would be able to accentuate your assets and know which ones that do not flatter your silhouette. So here are some tips on what strapless dress to cop for your body shape.

If you have a pear shaped body that means you have extensive hips and booty paired with a delicate upper body structure defined with sexy shoulders and arms perfect for strapless dresses. The perfect fit for this shape is to draw attention towards the upper body with scalloped and embellished necklines.

In terms of dress type, A-lines and empire waist will always be good choices to slim the hips and accentuate the upper body and if you have the height to pull off, go ahead with long dresses as well.

For apple or diamond shapes with full bust, broad shoulders, and an even fuller torso, the arms, legs, and hips tend to be thinner and shapely. These full body parts are best featured through a sweetheart A-line dress. The sweetheart neckline attracts attention to the frame of your face as well as your cleavage while the A-line extends your body. On the other hand, stay away with dresses that highlight the waist or expose your legs.

For rectangular or straight shapes (slender) like Keira Knightley or Cameron Diaz who are characterized with narrow hips, small bust, and undefined waist (not the best combo, I know), always pick a dress that adds shape and volume to your body like a strapless peplum dress cut knee-length.

A Quick Guide on Pinafore Dresses: The modern Alice in Wonderland

Athletic body types or known as an inverted triangle are described with an extensive upper body with a fuller back and bust, it’s best to draw attention proportionally with a dress that emphasizes your slimmer lower body. An A-line (again, because they fit any body shape) or mermaid with an empire waist would be a perfect fit.

Of course, the blessed hourglass shape with its full blown curves, shapely legs, and well-defined waist, you are down for any strapless dress you can shop.

First on the list is actress Mila Kunis who wore an Alexander McQueen chiffon bustier strapless red dress from the Resort 2010 collection when she graced the red carpet for the 2011 SAG Awards where she was nominated for the “Outstanding Performance by a Female Actor in a Supporting Role” for Black Swan (which she co-starred with Natalie Portman).

This was one of the dramatic dresses that night but it was stylishly soothed with tumbling wave details, pink lips, and Cartier jewels.

Next is Brazilian model, Gisele Bundchen who wore a  White Christian Dior strapless dress for the 2005 Oscar Awards. The style of this dress imbibes the 1970s Roy Halston’s unstructured strapless dress.

Third is Chelsea Clinton, daughter of former US President, who stunned with her strapless Vera Wang gown which “billowed out at the waist with layer upon layer of silk” for her summer wedding with Mark Mezvinsky. Vera, who is considered a pioneer of strapless wedding gowns, gave the dress a very feminine silhouette with the jewel-encrusted, ornate belt.

Last but not the least is Big Bang Theory actress Kaley Cuoco who deviated from the traditional white wedding gown with a frothy pink Vera Wang strapless ball gown at her wedding on New Year’s Eve 2013 to Ryan Sweeting. The gown featured a strapless corset top reminiscent of the 1950s strapless fashion with a full tulle skirt. 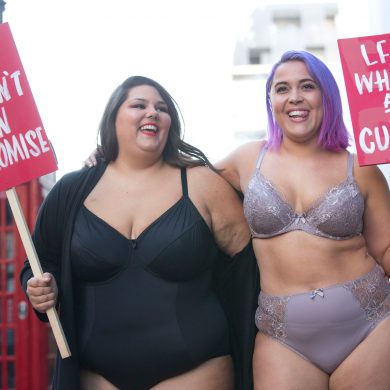 The Best 10 Plus-Sized Clothing Brands to Keep In Your Closet
We use cookies to ensure that we give you the best experience on our website. If you continue to use this site we will assume that you are happy with it.OkNoPrivacy policy