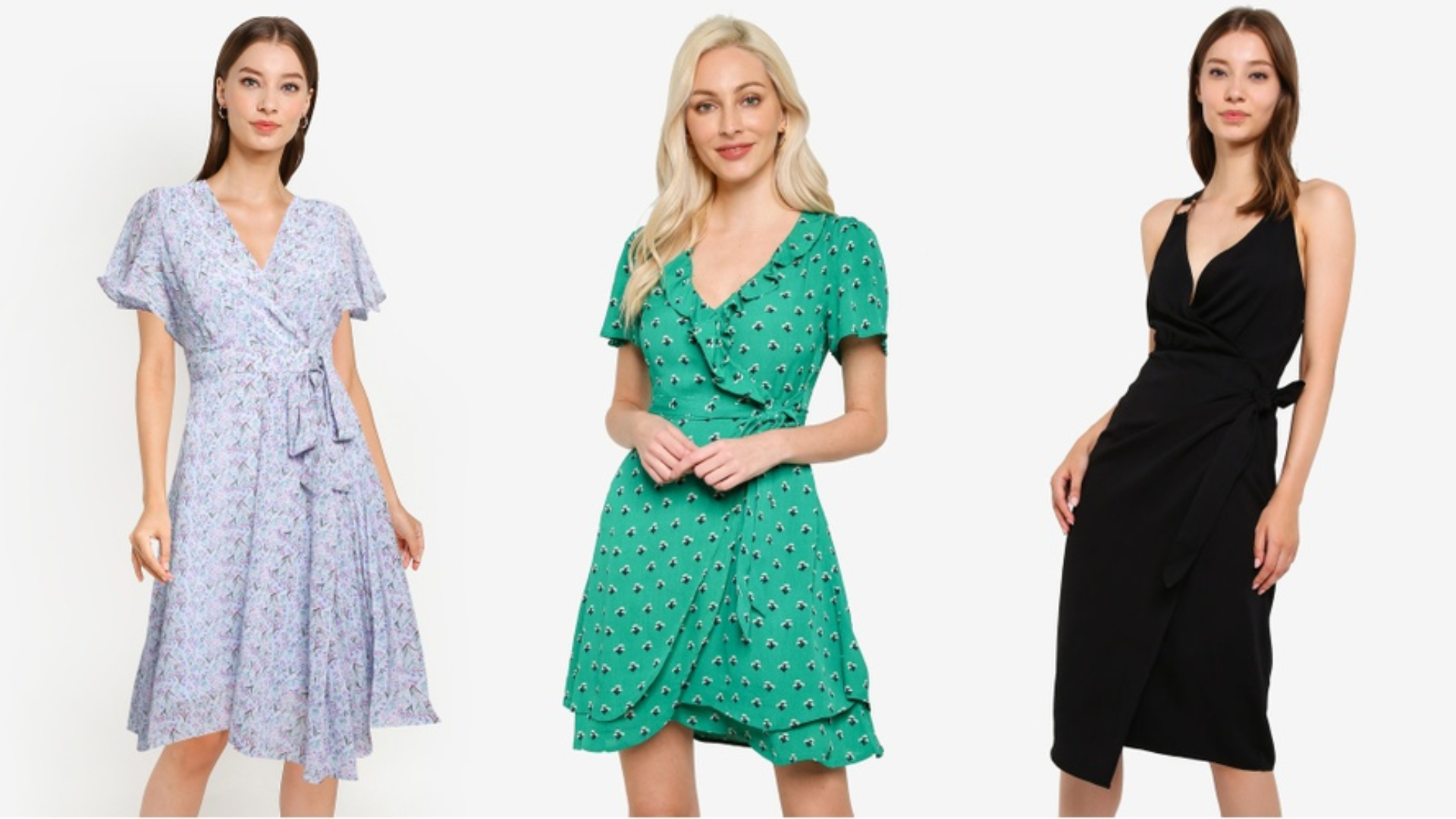 A Quick Guide on Wrap Dress: The Symbol of Women Liberation

The wrap dress is largely credited to Diane von Fürstenberg, Belgian fashion designer, who introduced her iconic piece in women’s fashion which is the knitted jersey “wrap dress” in 1974. Its success has catapulted Fürstenberg’s name into the fashion industry and has also included her iconic piece in the collection of the Costume Institute of the Metropolitan Museum of Art.

This type of dress is a very versatile piece of clothing and a definite must-have in your wardrobe. It is characterized with a V-shaped neckline usually designed with a slim-fitting top and a looser skirt which gently and smoothly hugs the wearer’s curves. It comes with an extra material across the bust and the stomach area which is used to wrap one side across the other and knotting the attached ties which goes around the back at the waist to form a front closure.

While the original design needs the dress to be closed either through wrapping and knotting or through a more innovative design like fastened buttons, the industry has now created faux wrap dresses which no longer require manual fastening. Instead, it already comes fastened together and is worn by slipping over the head (which is basically what we want in a dress because who needs to use their brain cells in the morning? Let me just slip on something fast so I can be on my way!).

But according to Richard Martin, a former curator of the Costume Institute at the Metropolitan Museum of Art, the form of Fürstenberg’s design had already been “deeply embedded into the American designer sportswear tradition,” that is, considering her choice of elastic as well as synthetic fabrics which distinguish her work from earlier wrap dresses.

According to records, it was during the Great Depression which started in 1929 and persisted until the 1930s that house dresses called “Hooverettes” became popular. These dresses employed a wrap design as seen in the picture below which specifically made use of fastening buttons and also imbibes a pinafore (apron) style.

Wrap dresses during the 1930s were designed by Elsa Schiaparelli while Claire McCardell’s ‘popover’ design in the 1940s became the basis for a variety of wrap-around dresses.

The “Popover Dress” sold for $6.95 at the time is “simple grey dress came with a matching potholder that fit into the dress pocket.” It was McCardell’ response to Harper’s Bazaar challenge “to create something fashionable one could wear to clean the house and then wear to a cocktail party.” The design became so popular that it easily became a staple in McCardell’s collection and was soon innovated with different lengths and materials. It received a citation from the American Fashion Critics Association and a year later in 1943 won McCardell a Coty American Fashion Critics’ Award.

Wrap dresses peaked in popularity during the ‘70s following the design reinterpretation of Fürstenberg which was a clinging jersey with long sleeves cut in knee-length. According to Fürstenberg, her separation in 1972 (She and Prince Egon von Fürstenberg officially divorced in 1983.) inspired the design and has since been then a symbol of women’s liberation. In 1997, Fürstenberg reintroduced her wrap dress which put it into the limelight again and its “perceived feminist significance” remained embedded into it until the mid-2010s.

Figure-hugging dresses like wrap dresses look best on curvier and bustier women like those who have the coveted hourglass or pear figures. This is because it enhances the bust with its V-neckline while simultaneously accentuating and slimming the waist with its tie-waist feature. Additionally, its waist highlighting feature gives a very feminine and strong vibe, truly a symbol of the modern woman. At the same time, it also helps flatten the stomach and cover all those extra tummy fats we don’t want to show in the picture.

Though it works best with curvy figures, it still goes well with those who are looking to add curves. A tip also those with shorter torso, opt for a more plunging neckline to give that lengthening effect.

Since it’s a dress with more fabric compared to other types of dresses, it does not always look good on smaller women whose figure can completely drown in the dress. But if you’re a small woman who still wants to give wrap dresses a try, there’s still a work around. Pick one that has less fabric on top and adjustable waist so that your torso is still in proportion. You can also try shifting the style by wearing it with a camisole underneath or layer it over with a blazer or cardigan.

Wrap dresses are not only stylish pieces for the business woman or a fancy item for a night out with friends. These are also approved maternity wear as they are “comfortable, stretchy, and forgiving without sacrificing style”. Aside from that, this wardrobe staple knows no age! It’s timeless and can be worn by little girls to teens to even old ladies!

They can also be easily dressed up or down depending on the occasion or your mood. It’s perfect for a smart office look paired with classic heels and jewelry and can also be worn for a casual stroll with a jersey or knit fabric wrap dress matched with sandals and a denim jacket. You can also ultimately wear it at a wedding without looking like you’re too dressed down because it looks comfortable.

If you are interested in extra tips on how to style your wrap dresses, head on Patricia B’s guide!

Since wrap dress is the symbol of a strong modern woman, we’re featuring just that!

First on the list is Human Rights lawyer, Amal Clooney who was seen wearing her signature style again – a wrap dress. This time, she’s wearing a cherry red wrap dress in soft jersey material with bell-shaped sleeves by Proenza Schouler. She paired it with Taupe heels, a black Proenza Schouler bag, sunglasses, and drop earrings to complete the look.

Amal has been a very notable name in the strong, independent women department and in 2019. Prince Charles launched an Amal Clooney award to celebrate incredible young women.

Next on the list is Duchess of Cambridge, Kate Middleton. Kate wore a navy and white geometric print Diane von Fürstenberg wrap dress on her second day of tour in Australia back in 2014. Prince William and Kate were visiting the Blue Mountains whose families were affected in a bushfire that swept through the area in October 2013.

Kate has been known to be very loyal to designers she likes and Fürstenberg is no exception. In July 2011, Kate also sported her green silk dress with waist tie in a Los Angeles Party and in the pre-wedding celebration for Zara Phillips in the same year.

Last but definitely not the least on this list is the Duchess of Sussex, Meghan Markle who wore a “black-and-white wrap dress with a deep-V neckline featuring bold, contrasting patterns and a high-slit” in Cape Town, South Africa. Although this dress was not particularly designed by a well-known fashion designer, it was a homage to the local fashion industry. This dress was from Mayamiko founded by Paolo Masperi, a brand “ethically made “by lovely humans” from locally sourced materials in Malawi.” 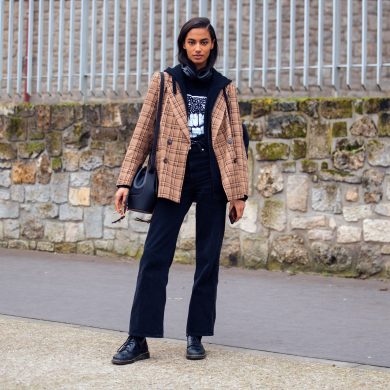 8 Wardrobe Essentials That Every Closet Should Have
We use cookies to ensure that we give you the best experience on our website. If you continue to use this site we will assume that you are happy with it.OkNoPrivacy policy