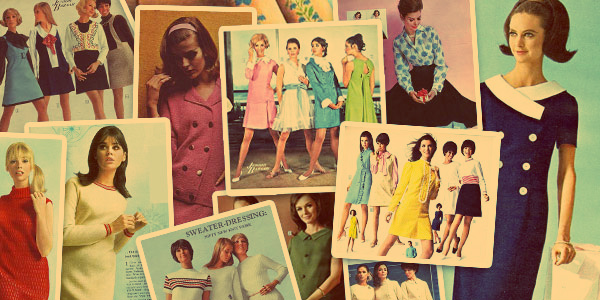 Fashion was bi-polar in just about every way in the 60s.

Wouldn’t it be hard to believe that expose was a word coined in the 60s?

It is almost like the 1950s bottled everyone up so much that the late 1960s exploded like an old pressure cooker. This was the decade where women were showing more skin than ever before. Plus, for the first time in the entire 19th Century, it is London and not Paris that was the center of the fashion world.

Starting from the debut of the mini skirt up to the mod-inspired styles, the 1960s were known for breaking the fashion norms and traditions. With the influence of the British fashion, there were plenty of newnesses to be inspired by in the 60s, such as the rise of daring hemlines, the height of girl groups like The Supremes with their matching stage frocks, and the breakout of Twiggy.

The transition of fashion from one decade to another played itself like a song on repeat and it was like nostalgia whenever you heard that song. The ruling tenure of trends and brands was going to see a shortening of age and all of this happened in the 1960s. A decade of opposites yet the one that hosted them both. This means that the 1960s was a decade where both- sophisticated designs inspired by the 50s and rather bold and revolting designs of the new generation were equally famous.

This makes the 1960s became one of the foremost decades in the fashion industry. This was for the first time that fashion was driven around the youth market and featured a wide number of diversified trends. The fashion trends in the decade broke many fashion traditions by mirroring social movements that were making headlines in that period. The ideology of designing for only mature and elite members was let down as the influence and need to cater to the teenage and young adult market was increasingly important.

There’s no denying that the 60s were one amongst the foremost impactful eras in fashion. Setting the tone for modern style, the last decade revolutionized womenswear with bold colors, striking cuts, and a rebelliously youthful attitude.

So, it comes as no surprise that fifty years on, key trends from the time still influence designers, stylists, and fashion-lovers the world over. Trends of this decade are named and written about based on the famous looks that people opted for and designers provided.

Below is the list of some of the 60s best fashion for women and how it can still be used in today’s generation.

The mod subculture kicked off in London in the late 50s before spreading around the world throughout the 60s.

A signature style for the age, the mod London look made a long-lasting impression that continues to influence fashion today. The look, which was creative and bold, was a favorite amongst the youth of the day, who wore modern designs, bright colors, and raised hemlines.

The beat generation and beatnik fashion continued from the 1950s into the early to mid-1960s. The style was worn by young individuals who were inquisitive about arts, literature, poetry, and music, particularly jazz. The unofficial uniform they had consisted of, berets, black turtlenecks and trousers, and striped tops amongst other items.

Stemming from the beat movement, the hippie counterculture defined the late ’60s. The group was known for its rebellious attitude toward repressive societies and the celebration of freedom, nature, and peace. Both hippie men and ladies let their hair grow long and wild. They wore bell-bottom jeans, fringing, floral prints, peasant blouses, and other colorful designs.

The miniskirt debuted in the 60s and changed women’s fashion forever.

Today, the mini shirt remains an incredibly popular women’s fashion item. To wear one as they did in the ’60s, pair it with sandals in summer and knee-high boots in colder weather.

A favorite garment for the mods of the decade, shift dresses were a signature ’60s style. Cut short with an A-line silhouette; these shapeless dresses proved the perfect alternative to the restrictive styles of previous years.

Today, thanks to their chic and comfortable design, shift dresses are still popular. Choose one in a bold hue or block-color design for a fun 60s style.

Bold and striking prints were an essential element of sixties style and they appeared on a variety of garments. Perfect for turning heads, these loud and proud prints ranged from psychedelic designs to striking florals, tie-dye, bold stripes, and colorful checks. To embrace the look today, choose an eye-catching multicolor or black and white print dress, top or matching set.

The 60s love of color didn’t only stop at dresses and tops. It also found its way onto colorful tights. A quirky and youthful addition to outfits, colored tights were a modern alternative to stockings with suspenders, which weren’t ideal to wear with miniskirts and short dresses.

You can channel the look today with a pair in a striking hue, such as purple, orange, red or yellow.

Go-go boots are an iconic 60s footwear style. Introduced in the middle of the decade, these shoes were traditionally white, low-heeled, and finished mid-calf. However, over time, the term has grown to include a variety of similar styles, including knee-high versions, other colors, and kitten-heeled designs. Choose your favorite to rock with a mini skirt for a chic throwback outfit.

Furthermore, fashion in the 1960s became more casual across to all genders and ages. Womens wear followed three broad trends:

1. The lady-like elegance, it was inherited from the previous decade seen on the likes of First Lady Jacqueline Kennedy.

2. The fun, youthful designs that were popularized by Swinging London.

3. The Eastern-influenced hippie styles that were popularized in the late 1960s.

Along with these different styles, there came a shift in the way that women shopped and for whom the styles were created. 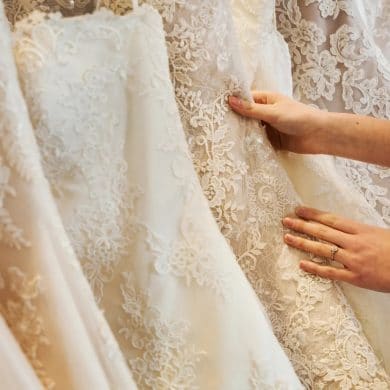 5 Best Tips on How to Choose a Wedding Dress
We use cookies to ensure that we give you the best experience on our website. If you continue to use this site we will assume that you are happy with it.OkNoPrivacy policy