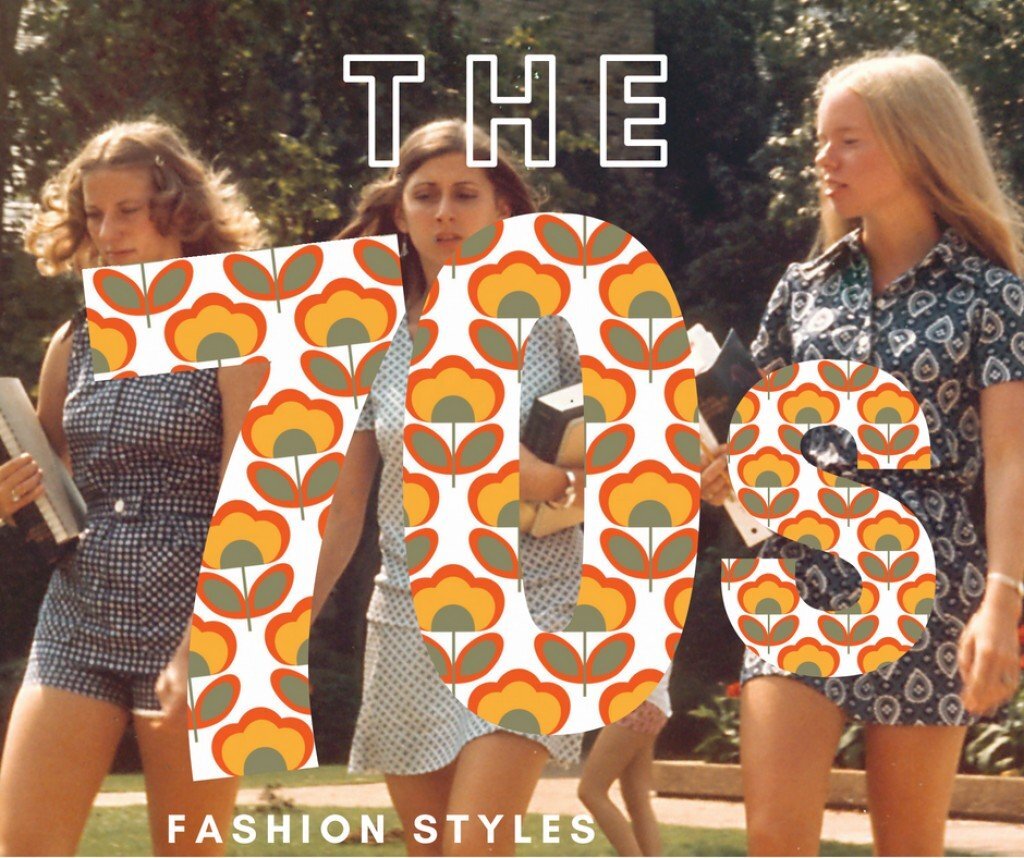 Fashion is covered in many genres and styles in the 70s.

Fashion in the 1970s was all about individuality.

It was Vogue who proclaimed that there are no rules in the fashion because of the overproduction flooding in the market with cheap synthetic clothing.

Still and all, the 1970s fashion is definitely one of the most revisited decades when it comes to fashion as they have continued to influence the modern style. Big thanks to the era’s whimsical uniqueness and freedom of expression as it resulted that the 70s style are something to which both designers and fashion-lovers continuously draw.

The 70s fashion had encapsulated numerous iconic styles that are still wearable today, starting from hippy and glam rock up to disco and bohemian. From flares to bell sleeves, mini skirts, and shearling coats, the 70s had truly birthed the eclectic mix of style influences that evolved quickly in a 10-year span. And it’s the reason why the 1970s still continues to be one of the most stylish decades of all time.

Let us take a look back at some of the looks that helped delineate the decade’s style and how it continues to inspire today. The list below is some of the 70s top trends and how this fashion can still be used in today’s generation.

The 70s are a great source of inspiration when it comes to creating a chic outfit. All because of the diversity of fashion in the decade, that  70s have something for everyone.

You need to just choose the style that best suits your personal tastes. Just one thing to remember, instead of completely copying a look from the past, you should have aim to work it into your modern wardrobe for a contemporary take on the trend.

Hippy styles were born in the 60s but they had developed in the 70s to become a key look for the decade. One of the most famous styles of the era is the hippy outfits as it often featured unique and colorful designs.

The cuts were kept simple and styles remained casual but the trend was bold and expressive. Bright prints, denim, patterns, and suedes, and flares had all played a significant role in the trend. Despite the fact that the full hippy outfits can appear overly fancy in today’s environment , however, the elements from the style can easily be incorporated to create a chic and modern, hipster look.

When aerobics began to rise its popularity in the 70s, the sporty-chic fashion became a major style during that time. The 70s trend is somewhat the original version of today’s athleisure look and it has brought the combined comfort with style for a relaxed yet elegant appearance.

This kind of trend is suitable to wear, big thanks to sports luxe looks. In order to add a more original feel to you, just simply include some identifiable 70s details, such as a turtleneck sweater paired to your outfit.

Most of the sparkling and glittering disco fashion has become popular once again with the designers and style stars everywhere embracing the extravagant style.

Filled with metallics, sequins, high-waisted pants, and neon colours, this trend was a huge part of the ’70s. As this look offered an element of luxury that other styles of the day did not, it was perfect for evening wear and hitting up Studio 54.

Today, the style once again makes an excellent evening look that is sure to get you noticed. Try it for yourself with a statement shirt on top, glittering pants on the bottom, and chunky heels on your feet.

The 70’s Safari and Military

While most of the people were focused on the hippy and disco styles of the 70s, safari and military looks were also immensely popular. These looks, which took off in the mid to late 70s, were characterised by a utilitarian aesthetic and earth tones.

In particular, khaki and sand colour palettes were a prominent part of this trend. On top of these colours, the casual trend also featured relaxed silhouettes, patch pockets, and wide belts. Since that time, these styles have consistently come back into fashion thanks to their strong appearance.

Today, you can often find stylish safari and military-style jumpsuits that are perfect for a chic weekend look.

The 70’s Ethnic and Folk

Ethnic and folk styles were an offshoot of the hippy culture in the 1970s and also often featured bright prints and patterns. Unlike hippy style, however, these ethnic looks centred on cultural designs and borrowed details from the traditional costumes of different nations. Most commonly, the trend featured Native American references and refined European folk motifs.

To rock this trend, embrace dresses, ponchos, jackets, and accessories with embroidered patterns or colourful prints.

If you love traditionally feminine designs, then the boho-chic fashion style of the 70s is for you. The lovely and whimsical style continues even today, embracing the details of its origins. From crochet and lace to rich floral and paisley prints, this trend was all about delicate designs.

You can recreate your own style today with the help of a flowing or billowy maxi dress. This relaxed silhouette evokes the carefree feeling for which the bohemian culture is known. Pair it with a cropped denim jacket, sandals, and a saddle bag for the perfect modern take on this trend.

Glam rock was known as one of the bolder looks for the decade and was instrumental in the adoption of unisex fashion. David Bowie was the one who pioneered this fashion trend and paved the way for both men and women to follow suit.

The style also intermingled with punk trends from the late 70s creating a new, rebellious look. For a chic outfit, try channelling these combined styles in an edgy yet glamorous way. 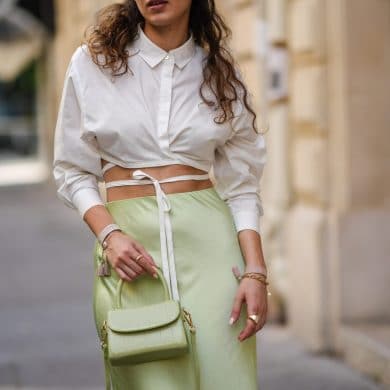 2021 Summer Fashion Trends: Must-have Trendy Pieces for the Summer
We use cookies to ensure that we give you the best experience on our website. If you continue to use this site we will assume that you are happy with it.OkNoPrivacy policy